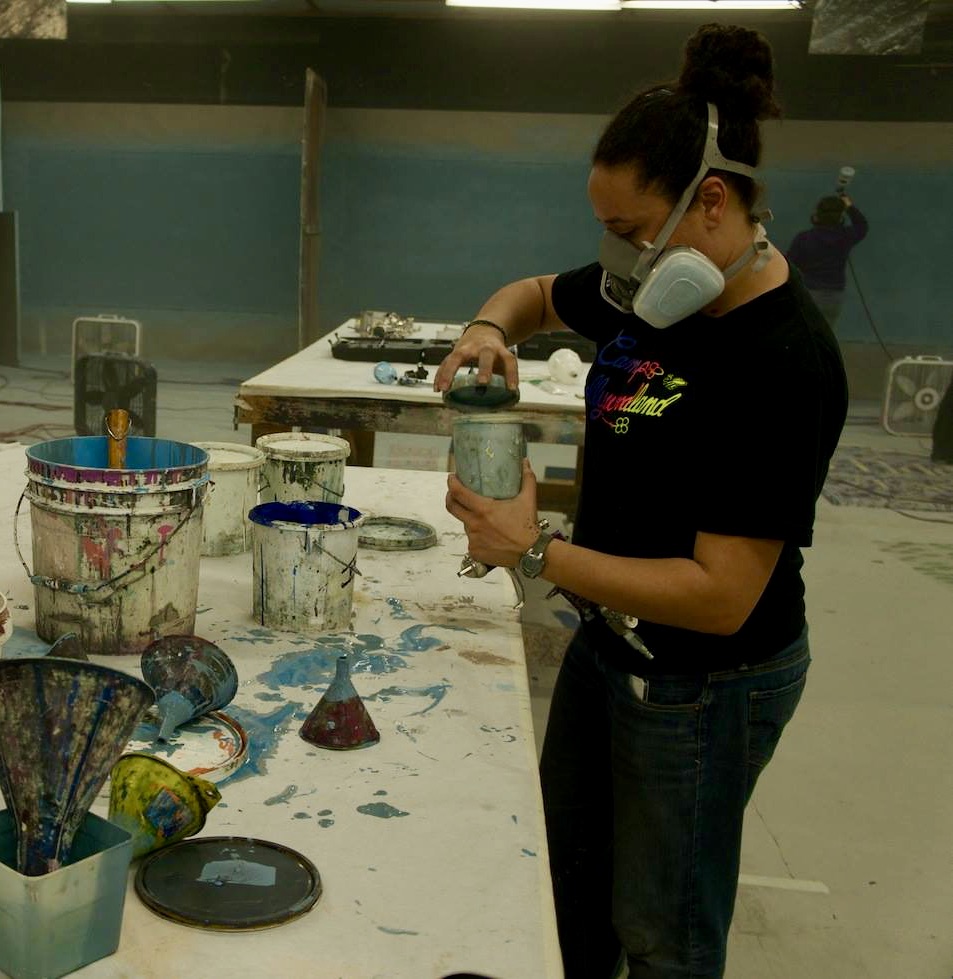 So, how are we describing the times in which we are living? Are they “unprecedented” or more “uncertain”? Maybe “challenging”? Whatever adjective you’re using, with lost jobs, closed businesses, postponed events, canceled seasons, lockdowns, protests, political discord, and a deadly pandemic, I’m sure we can all think of a few choice words for 2020!

I’m joining the Board of the Guild of Scenic Artists at a time of chaos, both in the world and especially in our industry. But my mission is clear: I have been appointed as the Guild’s first-ever Director of Diversity & Inclusion. It is a position that I am taking with all the seriousness and importance that it deserves. I have also been named as the new Editor of the Scenic Route Blog and I will use this platform to talk about Diversity and offer advice that you can hopefully take with you to your various workplaces. But first, I wanted to introduce myself. 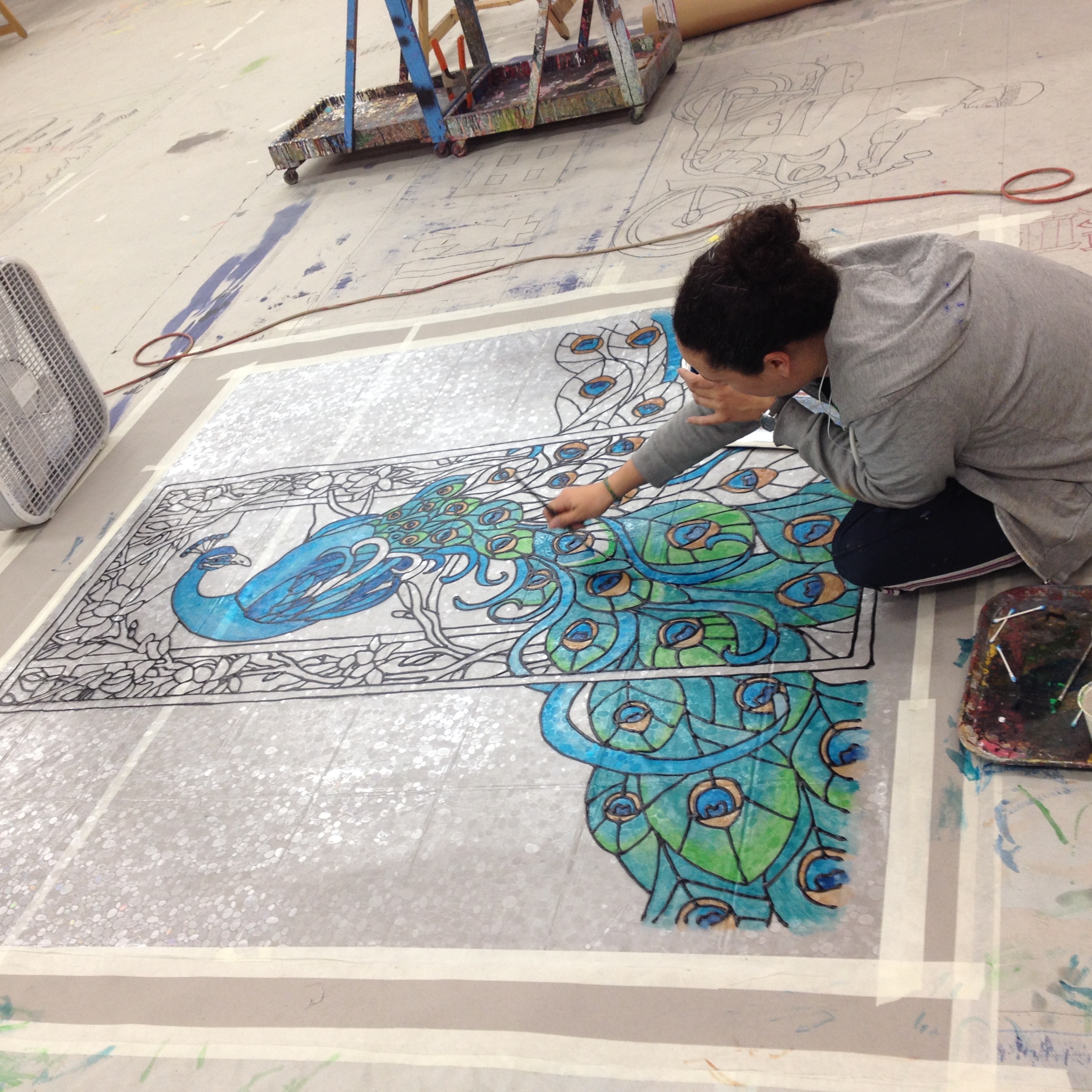 My name is Nicole Ford and I was born and raised in Los Angeles, CA. My journey into Scenic Art began almost 10 years ago when I first started to assemble my 4-year education through different areas of art and design. I started by studying Set and Exhibit Design, then Fine Arts, and finally, I was honored to be accepted to Cobalt Studios’ 2-year Scenic Artists Training Program. After leaving Cobalt, I continued my non-linear path from NYC to Los Angeles. I’ve taken jobs in a wide variety of industries including: installations, live events, theme parks, residential art, murals, theater productions, trade shows, movies, commercials, and YouTube videos. 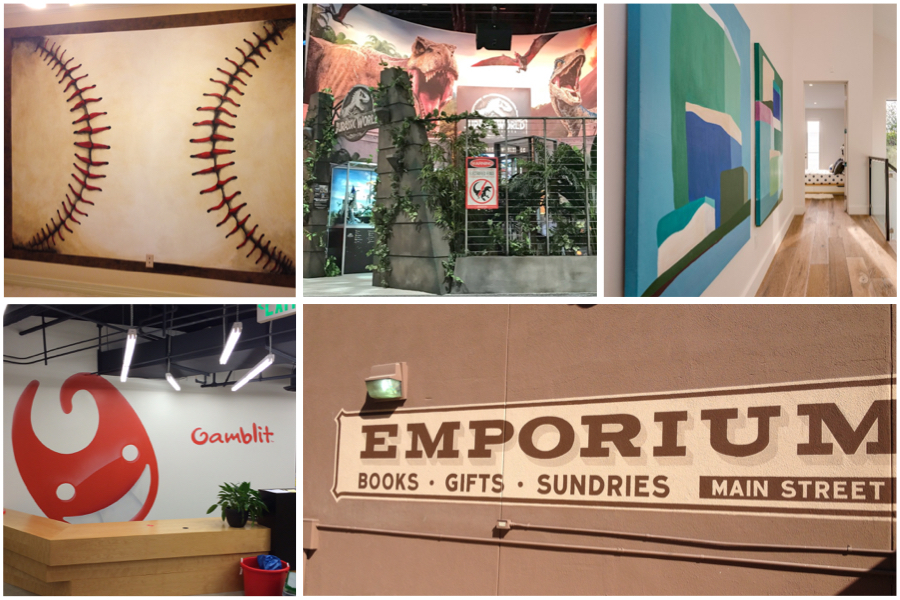 At the end of May, yet another incident involving police brutality against an unarmed African-American man left the country on edge. The anger people felt because of this event would lead to the largest set of demonstrations for civil rights in history. Daily protests emerged in cities in every state and countries across the world. In the weeks that followed, statements from companies and organizations started rolling out signaling their commitment to racial diversity among their leadership and staff, many using the now ubiquitous #BlackLivesMatter.  I had seen many by the time I received one from the Guild of Scenic Artists in my inbox. But something about their email was different. Instead of just stating their concern or offering up vague promises of internal changes, they acknowledged that they had room for improvement and wanted our help in that process. This was the first one I saw that asked for suggestions and it was the only one where I felt uniquely qualified to make some.  I am a woman of color, mixed with Black and White.  Growing up in a rich cultural area like Los Angeles, I had no lack of diversity in my friends and the people I interacted with daily. What I shared with the Guild in response to their call for suggestions was an observation I had been sitting with since I started pursuing this career full-time.  I wrote:

“In my 7 years of working in this profession, I have worked in a variety of different shops from NYC to Los Angeles. I have usually been the sole person of color at a lot of the jobs I’ve taken and I can probably count on one hand the times where I happened to work with another person of color.  I’ve worked in two of the most diverse cities in the country and I have yet to ever work with another Black Scenic Artist.”

I then laid out some ideas that I felt could be seen as a more intentional change for this organization.  That email initiated a dialogue between myself and a few of the board members and when they put out a call for new board candidates, I threw my hat into the ring.  After more conversations, emails, and interviews, they decided to create a new role on the board that they felt I would be perfect for; Director of Diversity and Inclusion. Accepting this role means that the Guild of Scenic Artists now has someone dedicated to this subject and can help give a different perspective.  It means Diversity and Inclusion have been given a priority in this organization.  It means more visibility for the stories that can sometimes fall through the cracks. When I responded to that email 4 months ago, I did not expect this to be where it led. What I wanted then (and now!) is for our industry to grow and for all of our members to feel included. Step by step, I know this incredibly creative and resourceful community can do that. 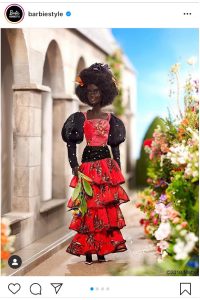 My intention with this position is not to solely focus on racial diversity in our profession. I was also brought on to think about the diversity of job types. While the position of Scenic Artist has its origins in the theatre, it’s important to recognize that the role has made its way into other fields. I can speak about this because the majority of my career has been spent outside of traditional theatrical productions. For the last 3 years, I have been working at Mattel in their Trade Shows production department. Through my work with them, I have been able to help create work that has been sent around the world in Toy Fairs and Trade Shows and has been seen millions of times on large social media platforms through its various brands. It is non-traditional work for a Scenic Artist.; half of my time is spent building sets in Barbie scale and sometimes on the even smaller Hot Wheels scale. But I love it for the same reason I’ve loved all of my previous projects… every day I get to paint something new and challenging! I’ve also learned the “secret” recipe for making that iconic Barbie Pink. 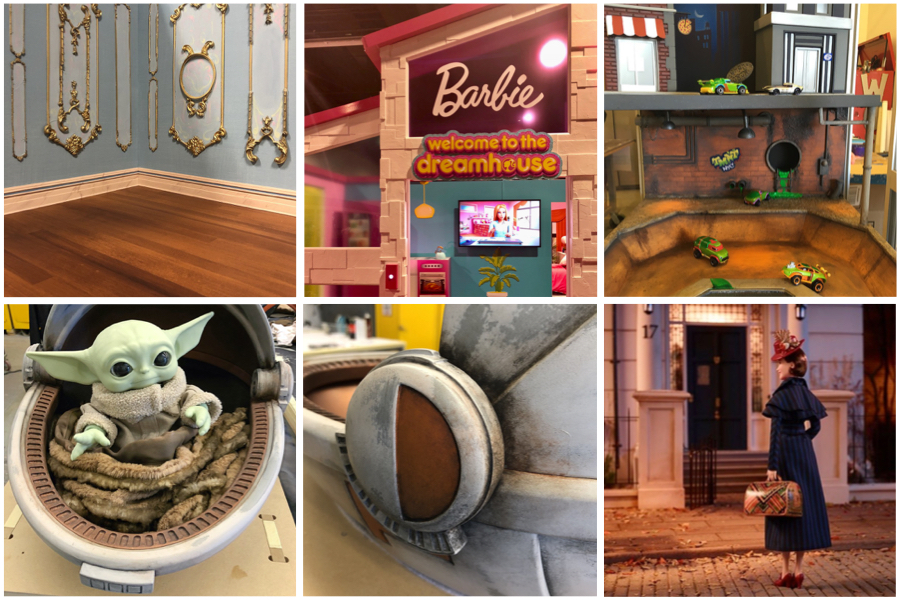 The biggest challenge of my career came in 2018 when I was diagnosed with Carpal Tunnel Syndrome in both hands. In a profession like ours that requires the use of our hands so often, it made the career I’ve worked so hard for a source of daily pain and aggravation. With the pain and numbness getting worse as the months went by, I had to adapt my painting style and become more careful with everything I handled. Finally, I made the decision to have surgery. I knew that there was a risk, but I realized that if it went wrong I would be dealing with a hard recovery and looking for a new job and if I did nothing, I would come to a point where I would have to find a new job. The thought of giving up on a dream that I had devoted so much time to made me sick. So I had surgery on my right hand and thankfully it went well. After months of physical therapy, I waited over a year to be fully recovered before doing it all over again on my left hand in March of this year. For the first time in the last 3 years, I can happily say that I can now paint pain-free again! This experience made me realize how living with physical impairment has changed my perspective. After all the pain and uncertainty, I’m grateful to have had this experience. I was not the first, nor will I be the last Scenic Artist to get some form of repetitive motion injury while on the job. But having come out on the other side, I can offer support and visibility to yet another category of diversity. Those working with these sometimes hidden disabilities often have to suffer in silence for a variety of reasons. I think it is important to share my story, because while there wasn’t much my coworkers could do to change my situation, having their support and understanding when I physically couldn’t do certain things was a very important part of my recovery. 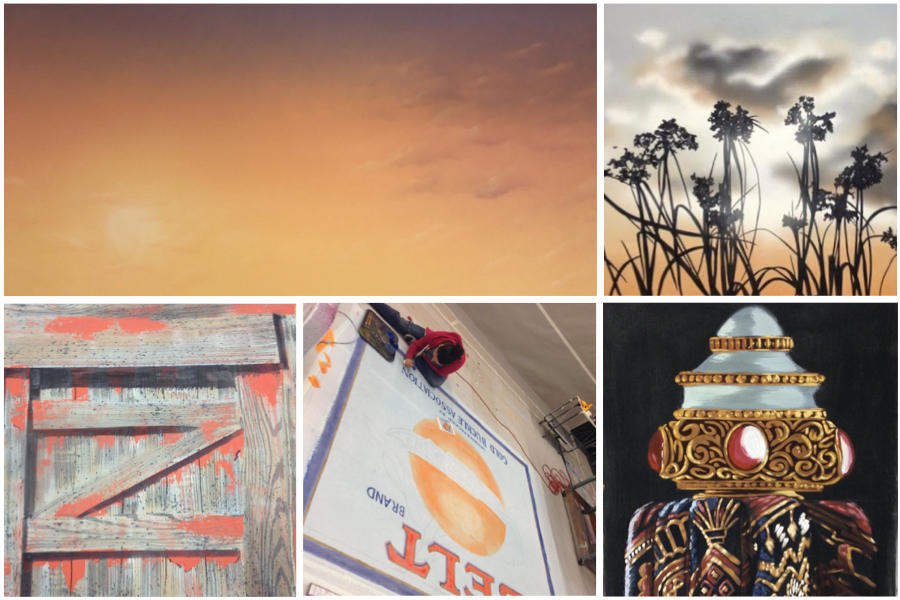 My favorite part about being a Scenic Artist is the constant curiosity needed in order to succeed. My story may be about diversity, but really that is what is needed from all of us in this profession. Every one of us has our own techniques and styles and favored products.  None of us will finish the same project in the same way and yet collectively we have always been able to make sets and scenery come alive with just paint. And I hope I can keep my clothes covered in paint for as long as possible. As Editor of this blog, I promise to keep that curiosity and diversity in order to give you something to learn, or something to try, or maybe just something to entertain.

If you have an idea for an article, want to share your story, or ask a question, send me an email at nford@scenicguild.org and let’s talk! 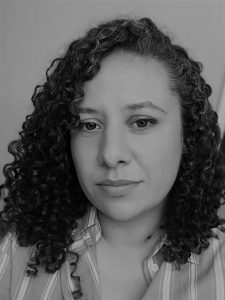 Nicole has been a Scenic Artist since 2013 working in a variety of industries from New York to Los Angeles including; movies, theme parks, theater, residential art, commercials, and trade shows. Her education includes studying Set and Exhibit Design, Fine Arts, and attending Cobalt Studios as part of their Scenic Artist Training Program. For the last 3 years, she has had the pleasure of working at Mattel, building, and painting sets for their various brands.
Her portfolio and resume can be found at her website nicolefordscenic.com