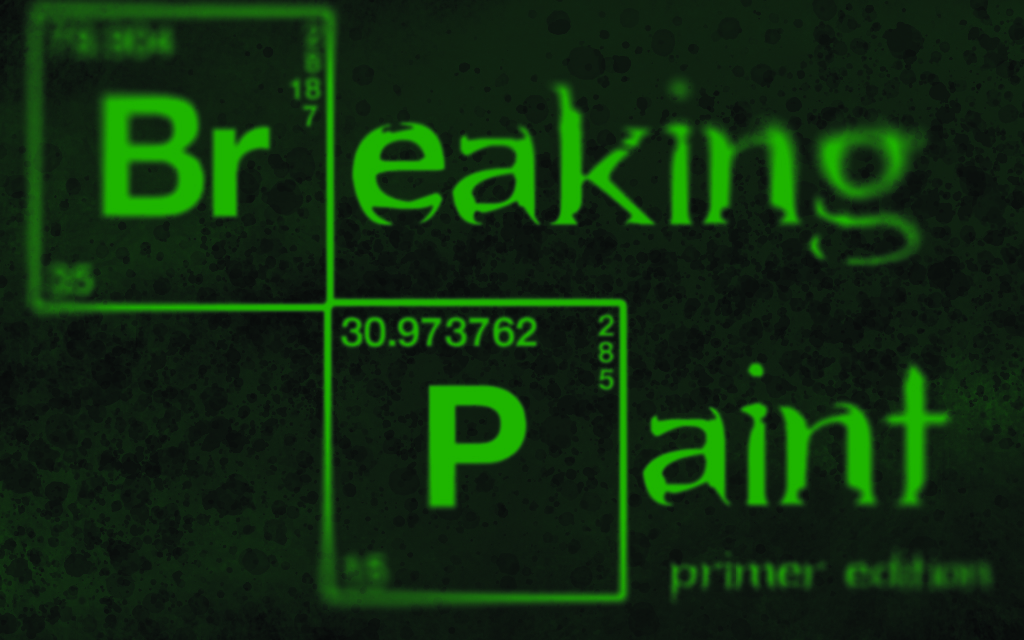 Why do Scenic Artists need to use a primer?  There are many answers to this question. The first is that we are often given previously used scenery that doesn’t match our current show, so priming gives us a clean slate to start from. Primers also act to seal porous raw surfaces like wood so our next layers of paint don’t get sucked up. We also use special primers formulated with extra binder, like KILZ® Adhesion, to help paint adhere to difficult or glossy surfaces like glass, plastic, tile, Formica, vinyl, glazed brick, metal, and more. Priming also helps add longevity to our scenic work, especially for touring sets and pieces that will be used extensively.

In this chapter of our Breaking Paint Series, we will do some “prime factorization” and break down the common primer ingredients so you can find the right product for your needs.

How is primer different from paint?

.I was taught that the three main ingredients in paint are pigment, vehicle, and binder… at least that’s what the theatre textbooks say. Although this is true, I have found that when it comes to primers there are a couple more ingredients being used; within these extra ingredients lie primer’s special formulations to stick to and seal surfaces.
Here is a picture of the ingredients label on a can of Zinsser® Bulls Eye 1-2-3 primer that I had in our scene shop. I love this primer; it sticks to nearly everything. Let’s break down the ingredient list: 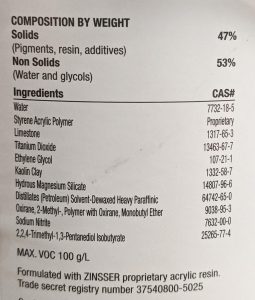 Vehicle (or solvents or carriers) 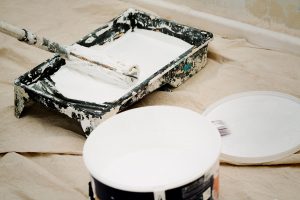 What does it all mean?

Now that you know what each ingredient is used for in this specific brand of primer, what about all the other primers out there? Here is a table I put together that lists all the possible ingredient names that could be used under each ingredient category. 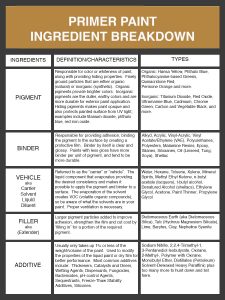 Which primer is best?

This entirely depends on what you’re wanting to prime. Now that you know more about the variety of ingredients it should be easier to determine which primer would work best for your specific application.

There’s a scientific reason you should use a metal primer specifically formulated for metal. Priming metal, especially steel, is recommended to protect it from moisture, which we all know leads to oxidation and eventually rust. Regular paint doesn’t stick to metal, so painting it with a primer specifically formulated for metal provides a protective film that paint will actually stick to. But not all metal primers are made equal. Primers that include micaceous iron oxide (MIO) give more protection against water and light damage. Once ground down, it becomes fine, flake-like particles. Those flakes create an overlapping layer that reflects light and better protects the resin binder from degrading over time. Metal primers that contain zinc oxide will also protect against corrosion.

Imagine a scenario where you don’t have the budget for new materials and have been given rusty steel to paint. What would you do? There’s a wonderful product that I’ve used called Corroseal® Rust Converter that converts rust into magnetite. Magnetite is a stable black substance that can be primed and painted safely. It’s a pretty amazing product and impressive to watch the chemical process happen right before your eyes. I’ve also used Krud Kutter® The Must for Rust, which made an entire steel set look like aluminum. Use a simple wipe on, wipe off application, a thin coat of wax, then viola! No priming or painting necessary… but this is an article about primers so let’s get to it, shall we?

Permanent marker and other stains

For example, if you have a flat that has a lot of permanent marker lines that need to be covered, then you’ll want to choose a primer that has additives specifically meant to seal the surface from stains, like Zinsser® Bulls Eye 1-2-3. You could also find a primer that has zinc oxide in it, like Rosco Tough Prime White.  Zinc Oxide provides mildew resistance, corrosion inhibition and stain blocking support. (I tried to find out what binder is used in Tough Prime, but they keep that info top-secret. It’s not even listed on the label.) What I do know is that when you look at the percentage of solids by weight, only 36% of the 45-55% is accounted for, so roughly 9-19% is unaccounted for. Tough Prime also doesn’t contain all of the additives and only a couple of the fillers that you find in other primers.  Shellac-based primers, like BIN, also work exceptionally well at blocking stubborn stains and bleed-through.

Glossy surfaces need a primer that has a higher percentage of filler, filler/pigments and extenders since they increase the adhesion and strength of the primer. My best advice, now that I’ve done extensive research about primers, is to look at the SDS (MSDS) or TDS for a primer you’re thinking about using. There are so many new types of primers out there now; ones specifically formulated for better adhesion, ones that are clear, or one with low VOCs. Most manufacturers provide the TDS or SDS (MSDS) that lists the ingredients with their weight percentage. The weight percentage is sometimes not provided, so pay close attention to the order in which the ingredients are listed on the label because they are listed in descending order from most to least. I’ve also noticed that the additives are the last ingredients listed, so if you don’t recognize the last few ingredients, then they are most likely additives.

Here are a few SDS (MSDS) sheets for you to look at:

KILZ Clear Primer; would be useful for sealing/priming paper surfaces.  Not recommended for floors, but Scenics don’t necessarily follow those recommendations.

BEHR ULTRA Interior Matte Paint & Primer in One; tends to be more expensive than primer and requires two coats to make it effective, so this isn’t necessarily cost-effective.

Fun Fact: Acrylic and Vinyl Acrylic binders are actually latex-based binders. Latex-based paints actually don’t contain any latex. It’s only referred to as latex-based due to how the paint film resembles latex rubber.

As mentioned above, I only researched a small handful of the products out there. Do you have a favorite primer on your list that can solve problems like stain blocking, or can stick to anything?  We would love to hear it in the comments below! 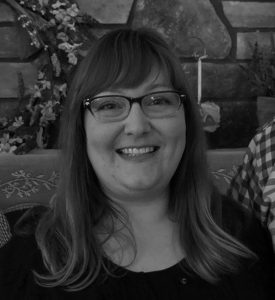 Kimberly Manuel, MFA, Assistant Professor of Theatre and Scene Design at Graceland University.  She has worked in both professional and educational theatre, with 7+ years of teaching experience and over 15 years of professional credits in the areas of set design, scene painting and props.