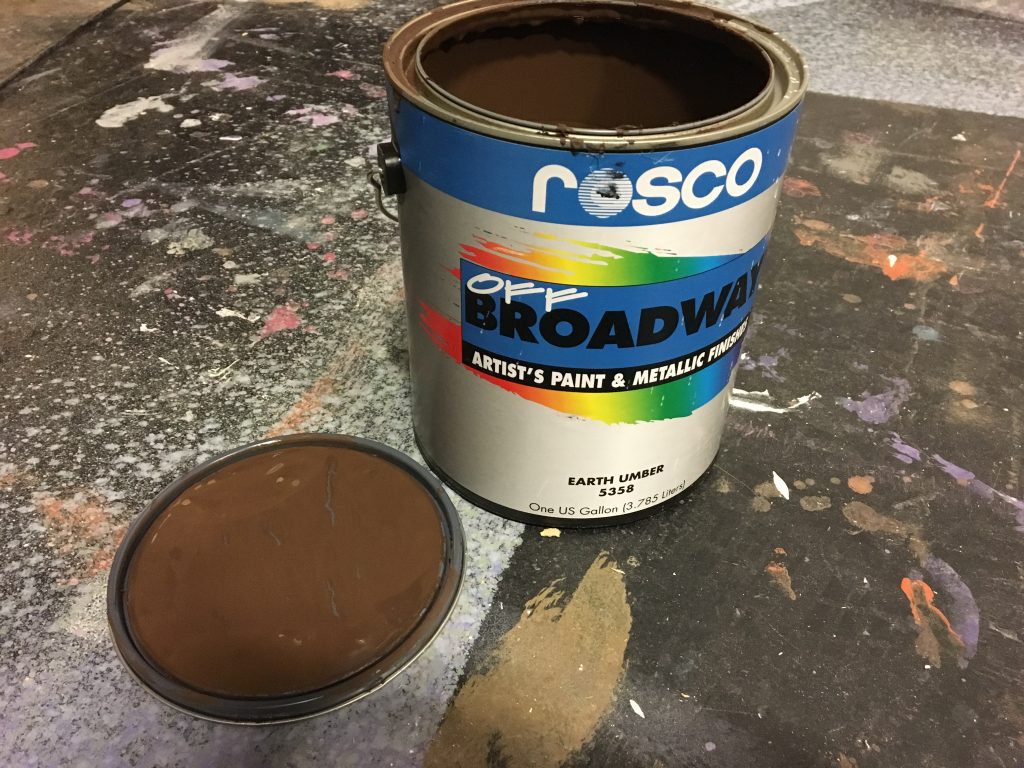 If you attended USITT 2018 and spoke with the Guild, you were likely asked at some point whether you prefer your Umber Raw or Burnt. Surprisingly, the answers were passionate and logically thought out. Some liked Raw Umber’s ability to be used in an incredible number of applications, while others would argue that Burnt is more valuable as it’s easier to replicate Raw Umber in a pinch. During these conversations, I made the claim that it was a shame that Rosco’s Earth Umber was the awkward stepchild sitting in a corner. Yes, it’s a product made only by Rosco and it’s one that you could easily create on your own, but for someone working at a small school with limited assistance, it has enormous value. 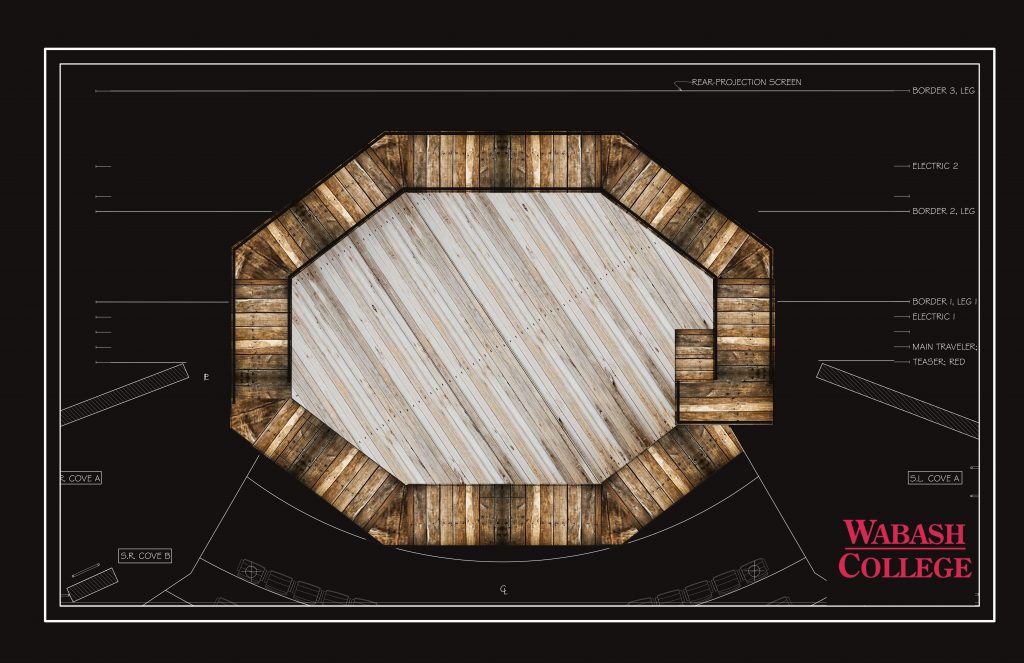 Paint Elevation for The Glass Menagerie

Before we begin, a little background information: I teach scenic design at Wabash College, a small and entirely male liberal arts college in an incredibly small town in Indiana. My guys, while being incredibly enthusiastic, have little to no background in technical theater or the Fine Arts. While they do well with following instructions, mixing paint isn’t something I easily trust them with. Enter Earth Umber. With its solid mid-range value and warm chocolatey color, I have been using Earth Umber on nearly every show I have done in the past two years. It has been used as a second or third step wood grain color on floors ranging from traditional brown, to blonde wood, to aged planking. All that’s needed is a little thinning, and students are able to paint immediately without following a recipe or mixing pigments. In the past year, it has also been used with Jaxsan and sawdust to create bark on topiary trees, roughhewn lumber on shipping masts, and as a base coat on a telephone pole. Its versatility is directly related to the reason it may be oft overlooked; this color is a solid, non-remarkable brown. 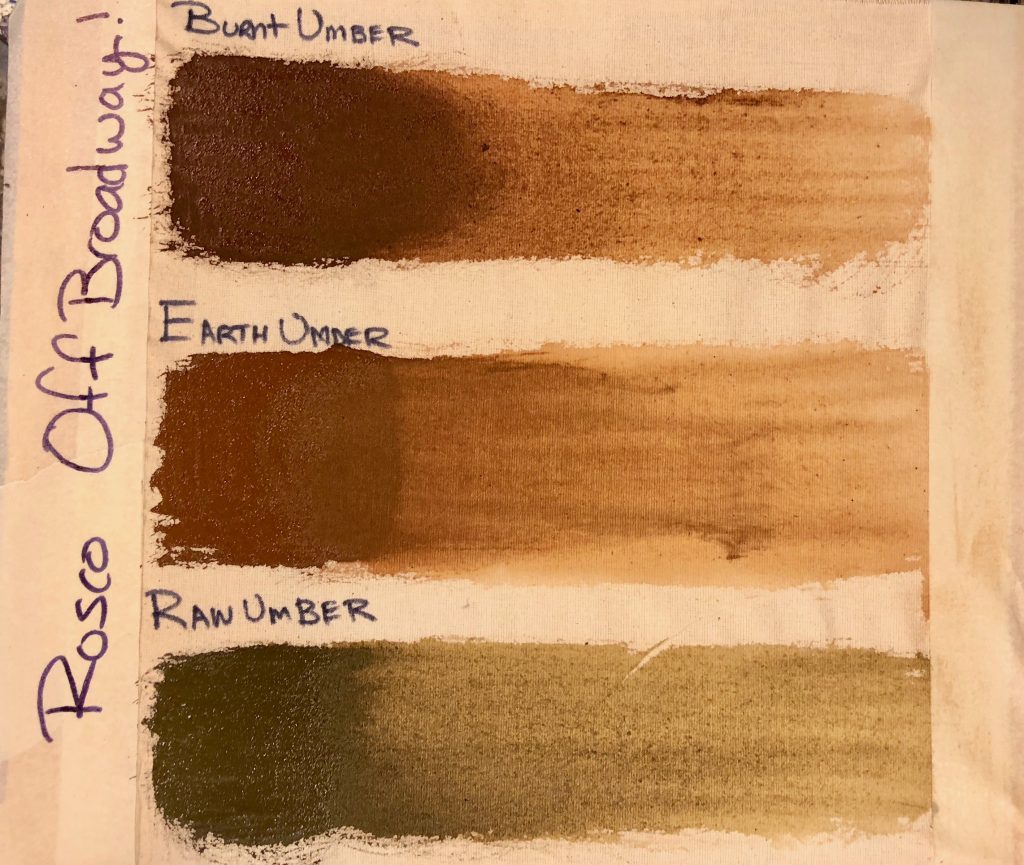 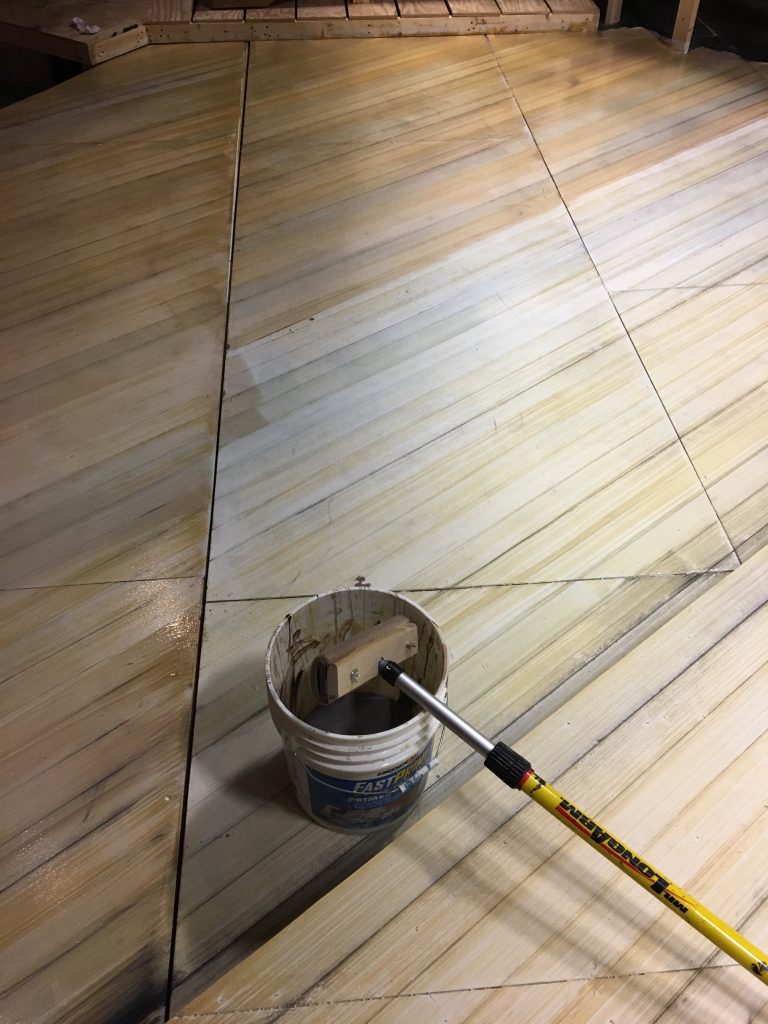 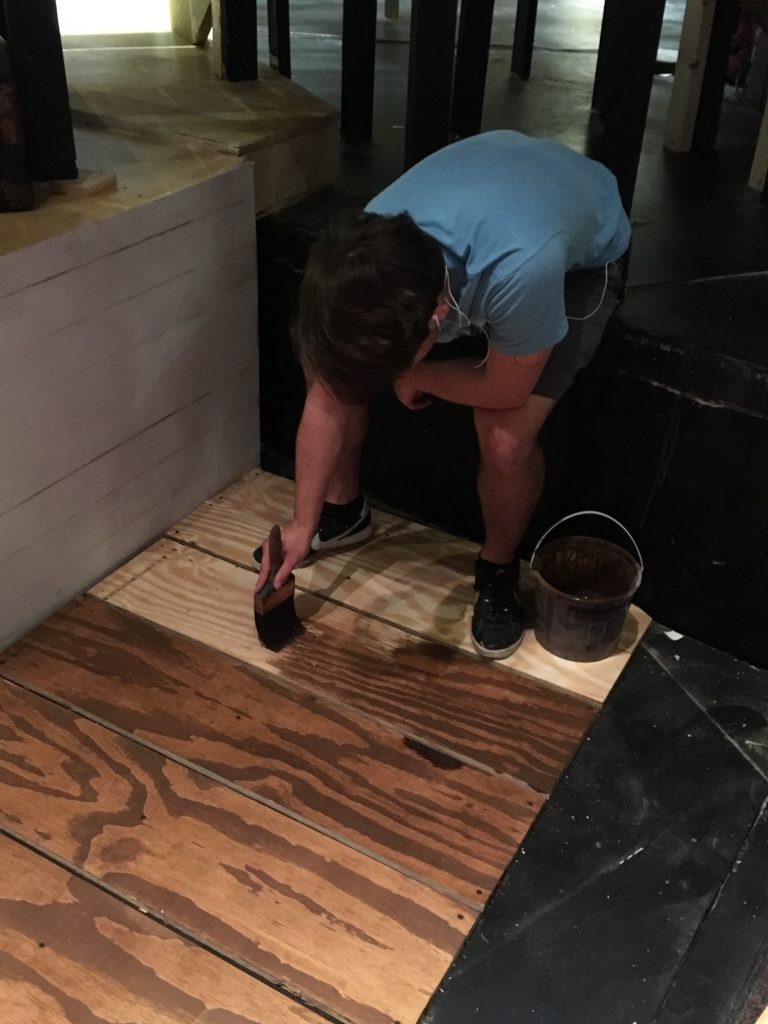 Now, Earth Umber didn’t originate as one of Rosco’s core earth tones, but was developed by Jenny Knott, Rosco’s Paint Project Manager, as a happy accident.  Her Canadian office had been asking for a color that the film/TV industry could use to grunge set pieces and still have a flat finish. She had worked on mixing up a couple of colors and wasn’t satisfied that they were a neutral “dirt” color.  After drying they inevitably leaned toward one primary color or another.

Fast forward to a few months later.
One of Jenny’s primary job responsibilities is to evaluate each batch that is produced against a standard for that paint line.  All the Rosco paint colors differ from line to line to offer the Scenic Artist a wider range of colors to choose from for their mixing needs.  Jenny recounts:

“I was on the road staying with my mom in central Illinois while making samples in her basement for TransWorld, a haunted house trade show, when I received a packet containing several drawdowns from recent batches of paint produced in the factory for me to review.  There was a note on one drawdown asking if I might evaluate it and give suggestions on what to do with it as it clearly didn’t even come close to the intended color.  A “glitch” had occurred when making the color. The recipe had been misread and a different pigment had been used to make an existing Off Broadway color.  I mentioned being at my mom’s house in central Illinois because I took the drawdown card outside and looked at it in daylight and it seemed to match the dirt color in the backyard.  Perfect for aging scenery.  So a new paint color was born out of an accident.  My first choice for a name for the color was ‘Dirt’, but the second choice of ‘Earth Umber’ was selected.”

That’s why we all like “happy” accidents.  They end up turning out to be an unintended, yet perfect result.

Bridgette Dennett is the Associated Faculty Scenic Designer/Technical Director at Wabash College in Crawfordsville, IN, and is a freelance scenic designer. She is a graduate of Indiana University’s MFA Scenic Design program, and has recently collaborated with The Omaha Theater Company, The Jewish Theater of Bloomington, Zack&Zach Productions, Anderson University, and The Tampa Repertory Theatre. Examples of her work can be seen at www.bridgettedreher.com